Ohau Waterfall is one of New Zealand’s’ worst kept secrets. I visited it on a bus tour and was told that not many people knew about this location, other than all the bus tours…

Located near Kaikoura, on Half Moon Bay, in the Malborough region of the South Island, this waterfall is not only beautiful, but it also comes with the possibility of seeing some fur seal pups. The track down to the waterfall and its’ pool is only a short walk from the car park, so it’s easy to get to.

Found on the Kaikoura coast, Oahu Falls aren’t the most impressive falls, but they are still picturesque, whether with or without seal pups. The falls are within the Ohau Point Fur Seal Sanctuary and although the waterfall and pool are technically on private property, the landowners allow tourists to visit the spot.

Oahu waterfall is 15 metres high and is a horsetail waterfall. This means that the water maintains contact with the bedrock as it falls. The single-drop waterfall plummets into a large pool, where New Zealand fur seals can be seen during the winter months. 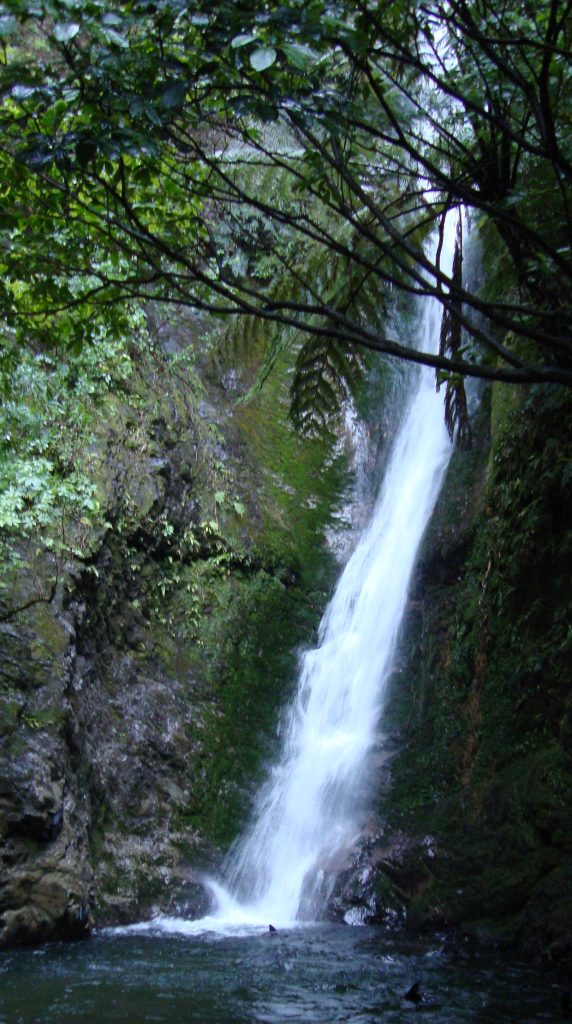 About The Fur Seal Pups

The Kaikoura seals found at Ohau Falls are New Zealand fur seals (Arctocephalus forsteri), also known as kekeno seals. This species of fur seal is common on the Kaikoura coastline and is a protected species under the Marine Mammals Protection Act.

The pool at the base of the Ohau waterfall is a creche. This is where pups learn important behaviours and social skills, as well as being a safe place for them to play. Seal pups can be seen in the creche during the winter months (June – August). 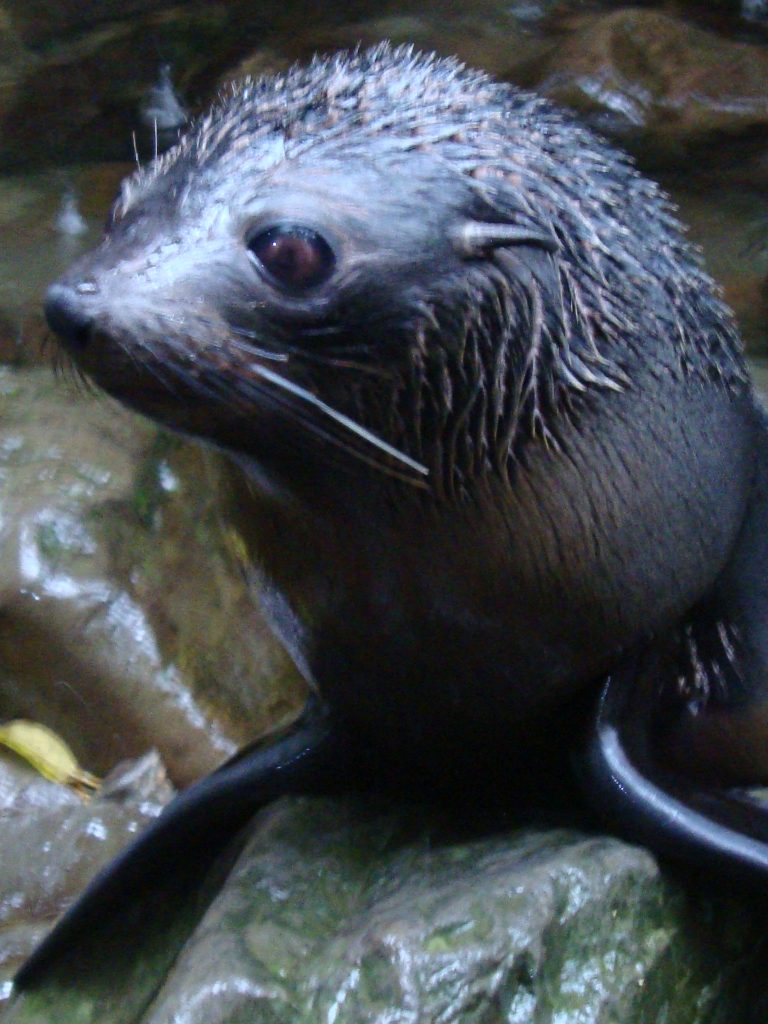 The pups are usually born in November, they then travel upstream to the creche from April onwards. Every few days the pups will travel back to the coast to have a bit of their mums’ milk. During this time their mums are busy heading out to sea to hunt for periods of one to twenty days, returning to feed their pups.

At this age, they are generally playful and curious. You are likely to see them chasing each other and playing with sticks. As they are inquisitive they may approach you, so remember that they are wild animals and may bite. Give them plenty of space if they approach and do not try to touch them.

Due to the waterfall becoming a popular attraction, concern over the welfare of the seal pups has developed with the locals, and so the Ohau Seal Volunteers group has been formed. These volunteers aim to educate visitors about the pups. They will answer questions and help to keep visitors safe around the seal pups (and vice versa).

Want to know more? Take a look at my post about New Zealand fur seals.

Guidelines To Keep You And The Pups Safe

When visiting Ohau Waterfall it is important to remember that the seal pups are wild animals. They are not tame and should not be tamed. Although a curious pup may approach you, don’t think you can cuddle it. These seals can still bite (and will if they feel threatened). Therefore it is vital that you:

These guidelines are for your safety as well as the wellbeing of the seal pups. 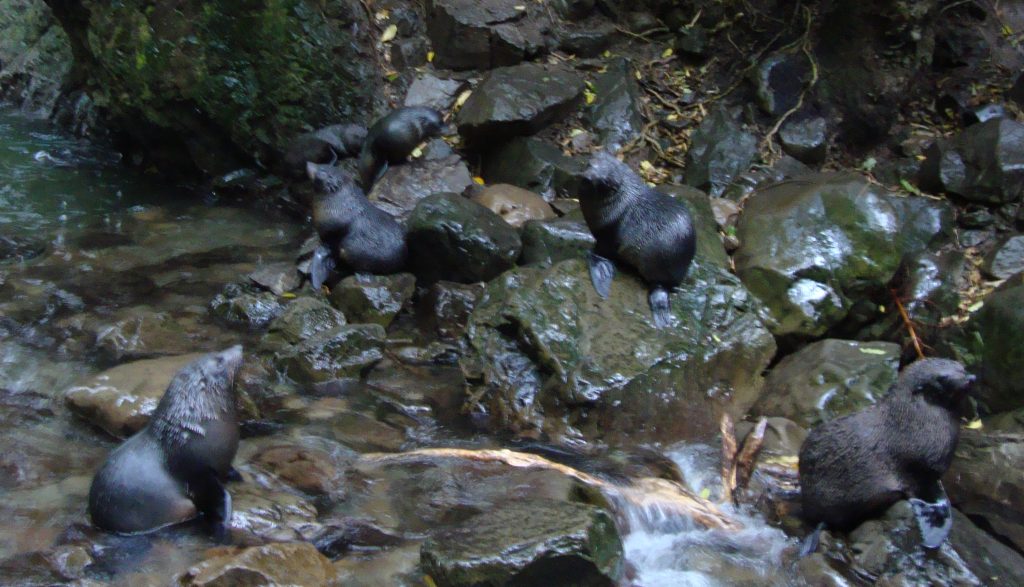 Remember, The Pups Are Wild Animals, So Keep Your Distance

If your looking for things to do in Kaikoura, visiting Ohau Point is a must. Whether you are there at the right time of year to see the seal pups or not, the waterfall and pool are still picturesque.

The Walk To The Fur Seal Creche

NOTE: The walk down to the waterfall has been shut since the 2016 earthquake. However, there is still a lookout to see the seal pups. Let’s hope it manages to be reopened in the future

The walk from the car park to Ohau Waterfall is only about 280 metres. It takes roughly ten minutes to walk along the track which follows the Ohau Stream. Once you’ve had your fill of the waterfall (and seal pups) you simply retrace your steps along the same track to the car park.

The track is easy, with a mixture of boardwalk and dirt track. As it goes through a narrow gorge, it is also shady, until you get to the waterfall and pool. Although the track is an easy walk, there is, unfortunately, no wheelchair access.

Planning to visit New Zealand? Check out other places to add to your itinerary like Mount Iron and the Moeraki Boulders

How To Get To Ohau Waterfall

Ohau waterfall is easy to find; the nearest town is Kaikoura, however, there is no public transport to the falls. 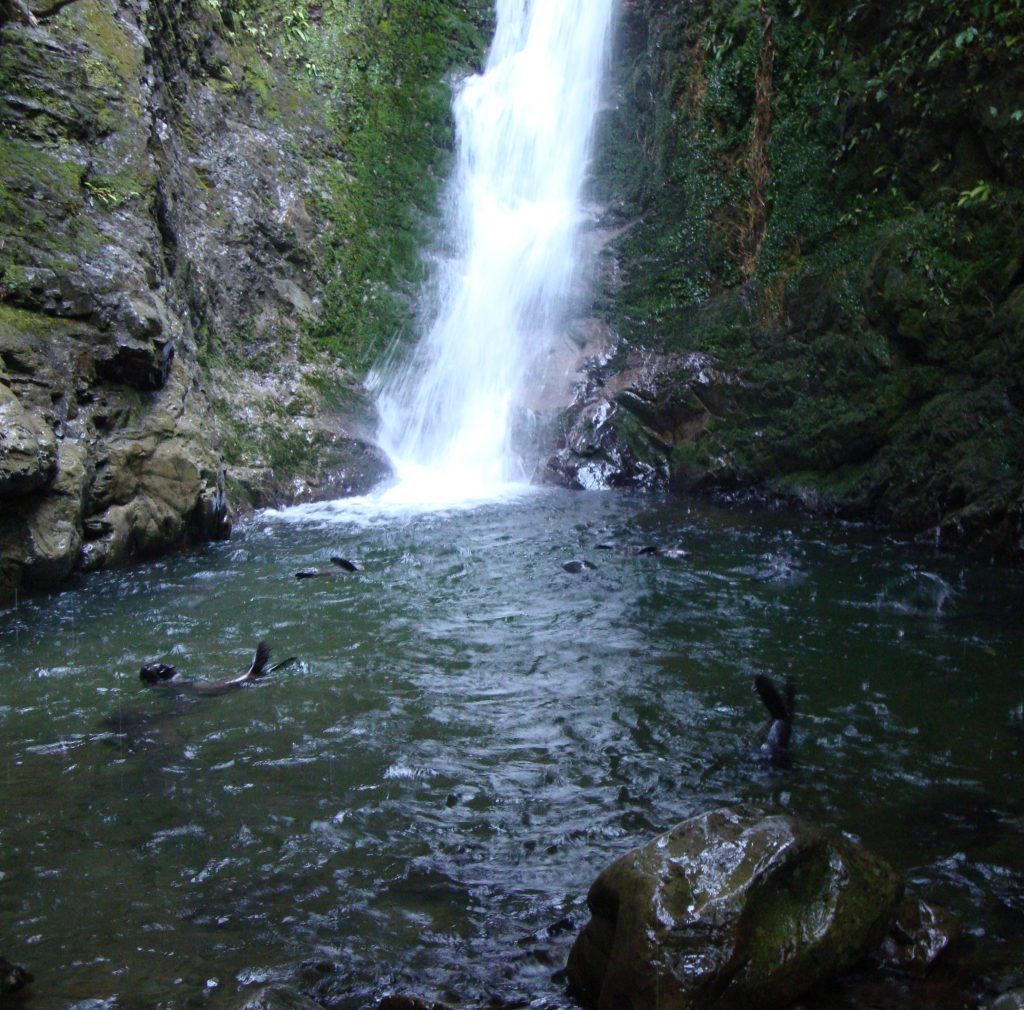 Seeing The Seal Pups Is A Great Experience

From Kaikoura head north towards Picton on Highway 1, for a little over 16 miles (26km). You should be able to see the seal colony on the right. As you go around a left bend there is a large parking area on the left. 100m further there is another parking area on the right where the walk to the waterfall starts. It should only take you about 20 minutes to reach the car park from Kaikoura.

If you’re coming from Blenheim, Ohau falls are about an hour and a half away. The directions are pretty much the same, you want to get onto Highway 1 but head south, towards Christchurch. If you get to the town of Kaikoura you have gone too far.

Alternatively, many bus tours will stop here, especially when the seal pups are likely to be around. Bus tours include Stray (book a tour with them on their website) and Haka, to name a couple. Make sure you check the itineraries if you really want to visit Ohau Falls.

Want to visit Ohau waterfall? Check out nearby accommodation in Kaikoura on HostelWorld 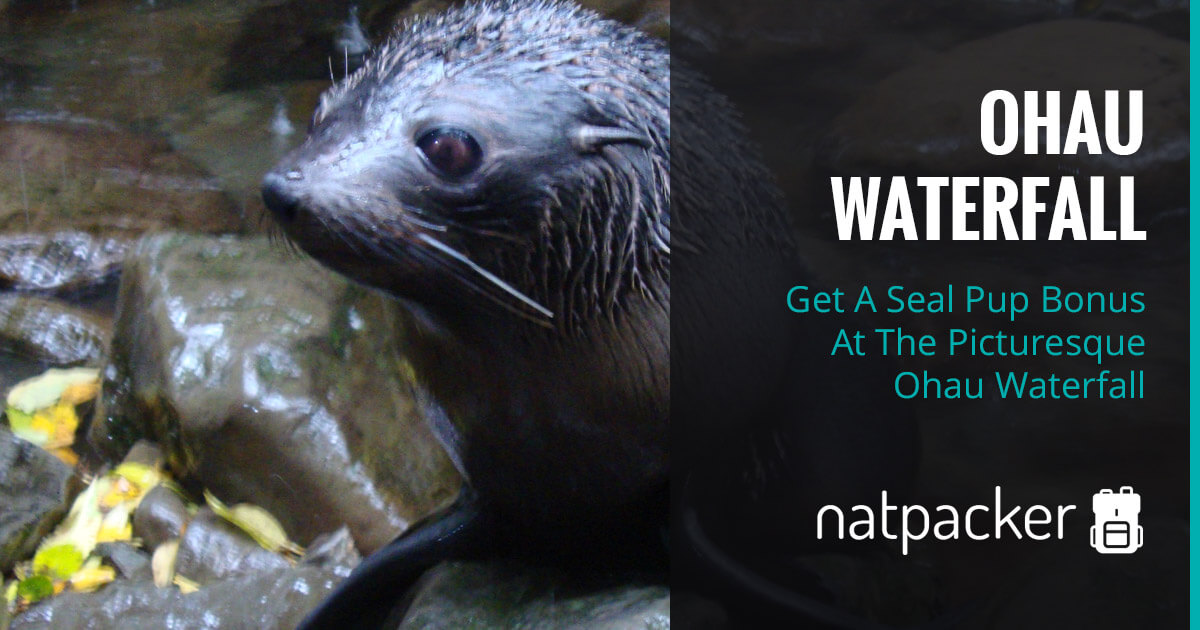