Since coming home from the gap year, Dave and me kind of got settled. Jobs, a mortgage, you know the story. The idea was to still travel, but to just explore closer to home. The house was an important part of the plan, in the UK it’s actually the best savings account.

But the plan didn’t quite work. The itchy feet came and the holidays weren’t enough. I think we managed two years before we wanted another big trip, but we didn’t actually manage it for a little while longer.

Don’t get me wrong; in this time we had lots of fun. There were good times with friends, small trips, we climbed Kilimanjaro, got married and had a wicked honeymoon. But we knew that we had to go away again. Hopefully taking the plunge into the nomadic lifestyle.

How to Travel When You Have a Mortgage

Many people say how they’d love to travel, but can’t because of their mortgage. Our answer, rent out the house.

I suppose we’re a little odd with this. Loads of people have said “Won’t it be weird having someone else living n your house?” Which I guess the thought was, to begin with. But we never truly moved in. We only painted a couple of rooms, never really made it ours.

I love the house, and we plan to go back eventually, but we’re not ready for that yet.

Renting Out The House

And so the fun began. There were five years of odd jobs to do on the house, plus neutralising it and some big issues. It’s funny what you don’t notice till it’s suddenly a vital issue. We had all the local estate agents round for a look, to point us in the right direction (and to pick who to go with).

There were a few issues, some we knew already, and some we didn’t. The main issues were:

It seemed to take forever, but we made it. In about six months the house was ready to go.

Though we did hit some speed bumps along the way. The worst being the council running over my lovely white picket fence at the front, which I had spent ALL weekend repairing and painting. Oh and they ran away, so I was lucky to have witnesses.

We had some help from friends and family, which was great. The worst part was the packing. You don’t realise how much rubbish you have, until you start trying to go through it. Having to choose what went to the tip, what went to charity and what could be stored was very difficult. Plus towards the end it got a little hectic so stuff just got thrown into boxes! We were also lucky that parents and friends let us store stuff at there’s (and very grateful).

It was a fairly expensive process, but not ridiculous. By the time we had to get the radiators and new carpets, then there’s the safety certificates, that’s what got a little costly. But as long as nothing goes wrong, we should break even on the rent. (Hopefully). 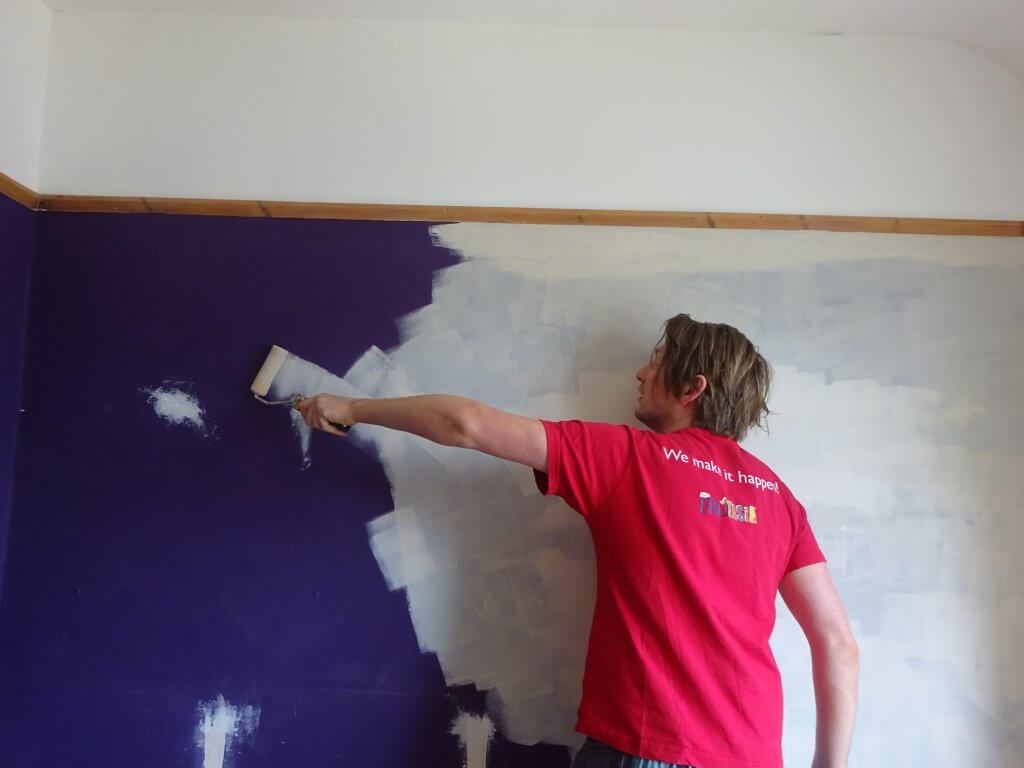 Dave Starting on Neutralising the Walls

How Do You Have The Money?

Another comment I often hear from other people is that they “could never afford it.” We’ve solved that problem too. I guess we are a little lucky that we can work remotely, but we’ve made it that way, it’s not just pure luck.

So Dave has a couple of freelance gigs that he can do. I can work remotely for Three Little Birds PR, a couple of travel magazines and, of course, this blog.

We’ve also been good at saving. We don’t have Sky, or recently a TV at all. We don’t have a ridiculously expensive phone contract, we shop local and not at super markets. Our main vice has been alcohol, but we mainly buy the cheap stuff. And finding something to focus on, such as the planning, sorting the house etc. meant that we didn’t have the time nor the inclination to drink.

Flights were booked, plans laid down, a whole lot of research done. Mexico for six months is the plan. We’ll see how that goes.

From the UK to Mexico, we do not need visas, which makes it simple. Just a form to fill in when we get there. Sounds simple enough, right? And we are allowed 180 days in the country, sounds like a lot of time, and I have 63 points pin pointed on a map, can’t wait to discover if it’s doable. 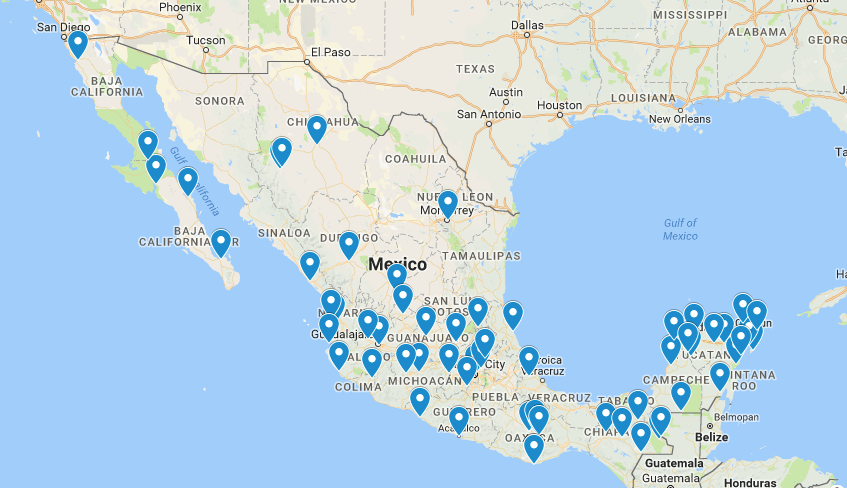 My Map Of Things To Do In Mexico

The house went on the rental market and within three weeks we had a tenant. About a week after it had been on the market we said our goodbyes to the house and moved back in with parents.. We realised that us living in the house was making it messy. We’d also moved all the big stuff, like furniture and the washing machine out a week before, so there was no reason to stay there.

Just a few days before travelling, we got insured (World Nomads) and then we were all set.

And on the 18th October 2017, we flew out. From Manchester to Madrid, then onward to Mexico City. A nice 17-hour flight with Iberia, booked through British Airways. Should be good to see what the future holds.

And that’s it. It’s just nice to get out the house really! I’ll be updating this blog when I can, starting with videos (slightly scared) and of course you can follow me on social media – search for #Mexpacker 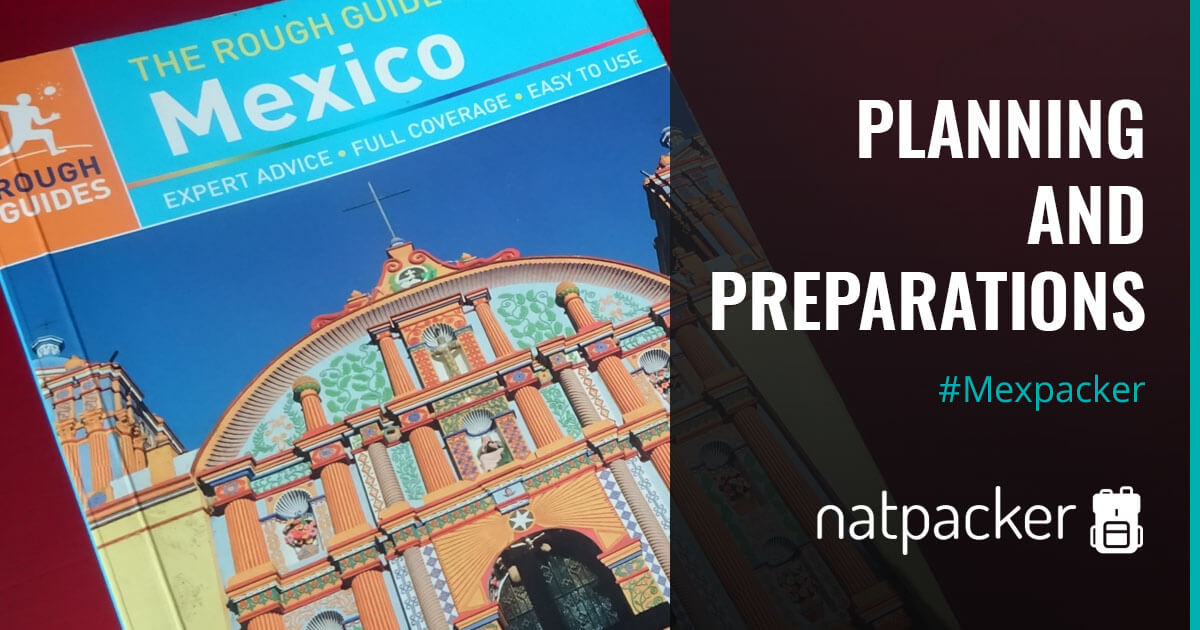