Why You Should Visit Mexico

Mexico is a huge country, with a rich history and culture. There are different natural environments to explore. The country has the 7th largest amount of UNESCO sites, with 35 sites, so you can be sure there’s plenty to see!

Some areas are very popular, in other places you can get away from the crowds. For instance, the Yucatán peninsula is well set up for travelling around. However, other places are hard to get to, such as Xilitla (though easier if you’re driving I guess).

Before heading to Mexico, be sure to read my Mexico Travel Tips

Here are ten reasons to visit Mexico (and I don’t just mean going to a resort):

1. The Country Has Two World Wonders

Do you know that there are a few lists of World Wonders? The Old, the New, the Natural, with seven wonders on each, what do you think the chances are that a country manages to get on more than one list? Well, Mexico has done it!

Firstly, on the New Seven Wonders of the World list, is the one everyone knows, Chichen Itza. This incredible Mayan site is often the one everyone thinks of when they think of ruins in Mexico, so getting to them is pretty easy. Check out this tour where you will visit the ruins and a cenote. 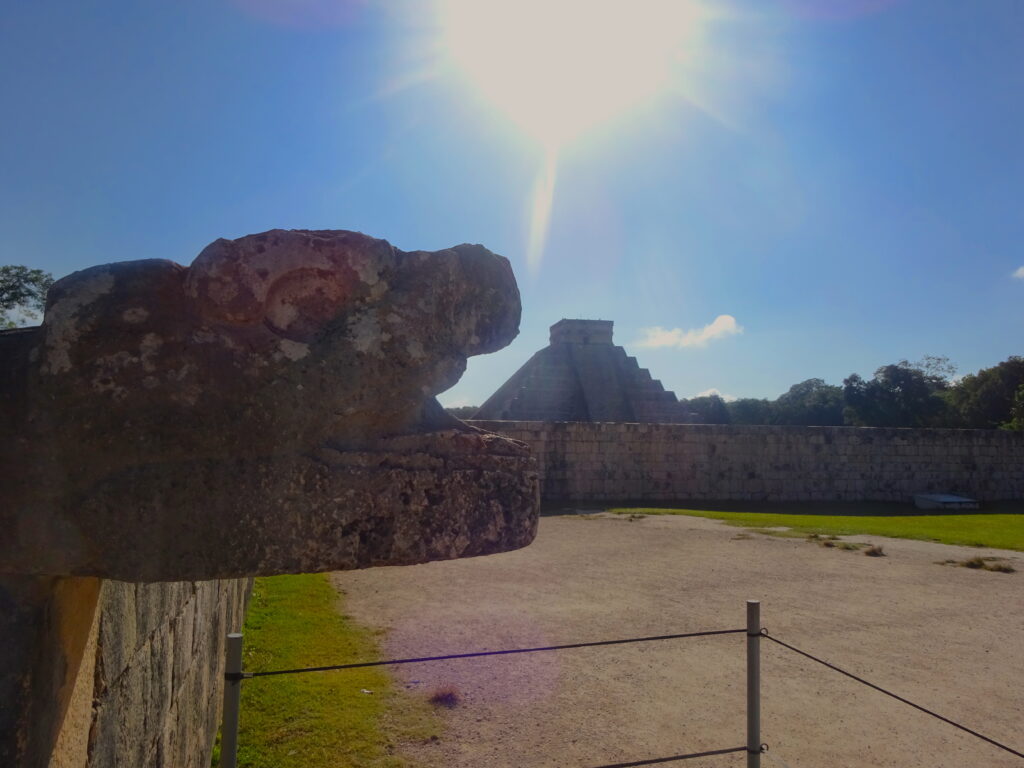 Chichen Itza Is One Of The Wonders Of The World

The second wonder of the world in Mexico is on the Natural Wonders of the World list. Parícutin is a cinder cone volcano that allowed for modern science to document the full life cycle of this type of eruption. The volcano is now dormant, and you can visit (and climb) the cone, and/or go to the ruins of a church that the eruption destroyed. This natural wonder is a little harder to visit, as it is in a less travelled area of the country. Parícutin is in the state of Michoacán, the nearest city is Uruapan.

If you think Mexico food is all tacos, you are very much mistaken. Although the tacos are the best in Mexico and they vary from city to city, and I highly recommend trying as many taco stalls as possible, there is more to Mexican food than tacos. There are chilaquiles, burritos, ceviche, tamales, soups and more.

As Mexico is a huge and varied country, the food is also varied, so there’s plenty of reason to explore the country with your tastebuds. There is influence from ancient culture and Spanish culture in the foods you can find across the country. The food you get in Mexico is so different from the “Mexican” food you get anywhere else in the world, everywhere else it’s definitely had influence from the USA.

Some of the foods you must try are: 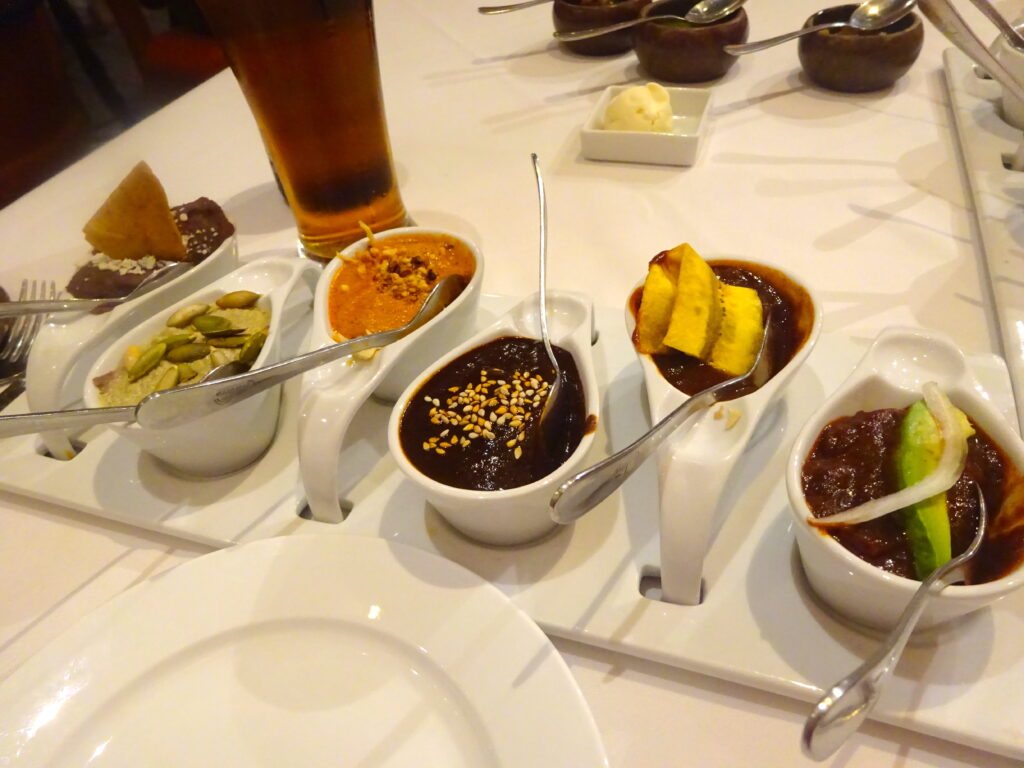 There Are Different Types Of Mole To Be Tried

Want a glimpse into some more of the cuisine of Mexico? Have a read of the cooking class I took in Oaxaca.

If you only have a short time in Mexico and don’t have a chance to explore all the regional cuisines, why not take a food tour, like this one for a taste of the country.

I know I’ve already touched on this one with mentioning Chichen Itza, but there are so many more ruins to be explored. Each site is different; some were built by Mayans, others by Aztecs, it all depends on where in the country you are. Some have incredible views over the sea, others are hidden in a jungle. There are ruins where you can climb to the top of pyramids, some have incredible decorations and some are barely uncovered.

I highly advise you to see as many of the ruins as you can (especially if you love history). Believe me, you won’t run out of ruins to see, no matter how long you are in Mexico. Here are just some ancient sites you may or may not have heard of: 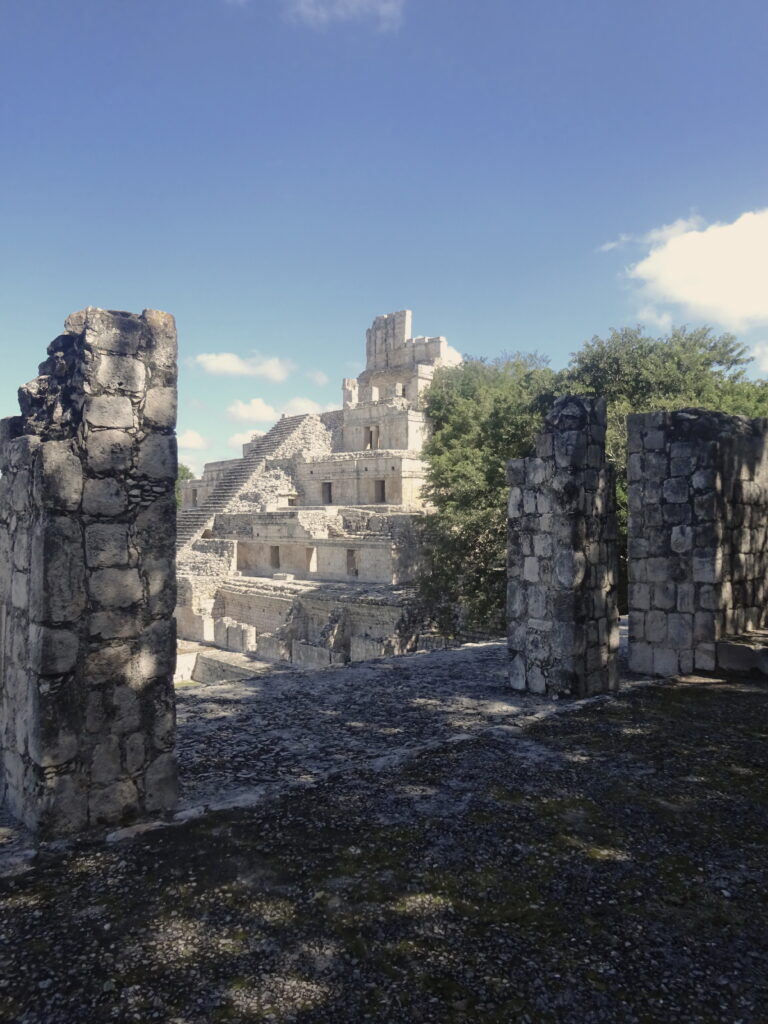 Ruins Are Found All Over Mexico, This Is Edzna

For a taster of what you can expect, check out my favourite archaeological sites in Mexico

There are plenty of ways to get a ruins fix. Many of them can be reached by public transport, or you could take a tour like this one, which includes two ruins in the Yucatán peninsula.

Mexico has produced some incredible artists. Many of these artists emerged from the Mexican Revolution and transformed Mexican art into political statements with powerful murals. So if you like art, this is definitely a reason to visit.

There’s Diego Rivera with his murals which can be found across the country. Linked to this man is another artist, Frida Khalo, whose artwork you may not find everywhere, but it’s worth going to some of her houses to discover her art. Other artists include Juan O’Gorman and José Clemente Orozco.

Some of my favourite artwork in Mexico are:

5. The Mix Of Culture

There is a lot of culture in Mexico. Ancient civilisations and old traditions have managed to mix with Christianity that the Spanish brought over. This has created a rich and diverse culture across the country. Some traditions are found in certain states, but many have spread throughout the country.

For instance, Day of the Dead (Dia de Muertos) originated in the states of Oaxaca, Michoacán and Jalisco. Now, this is an official holiday and celebrated throughout Mexico. Though I’d definitely recommend celebrating it in one of the states where the festival began, you can experience it anywhere.

If you want to know more about the Day of the Dead, check out my post about Visiting the Island of Janitzio of Dia de Muertos. 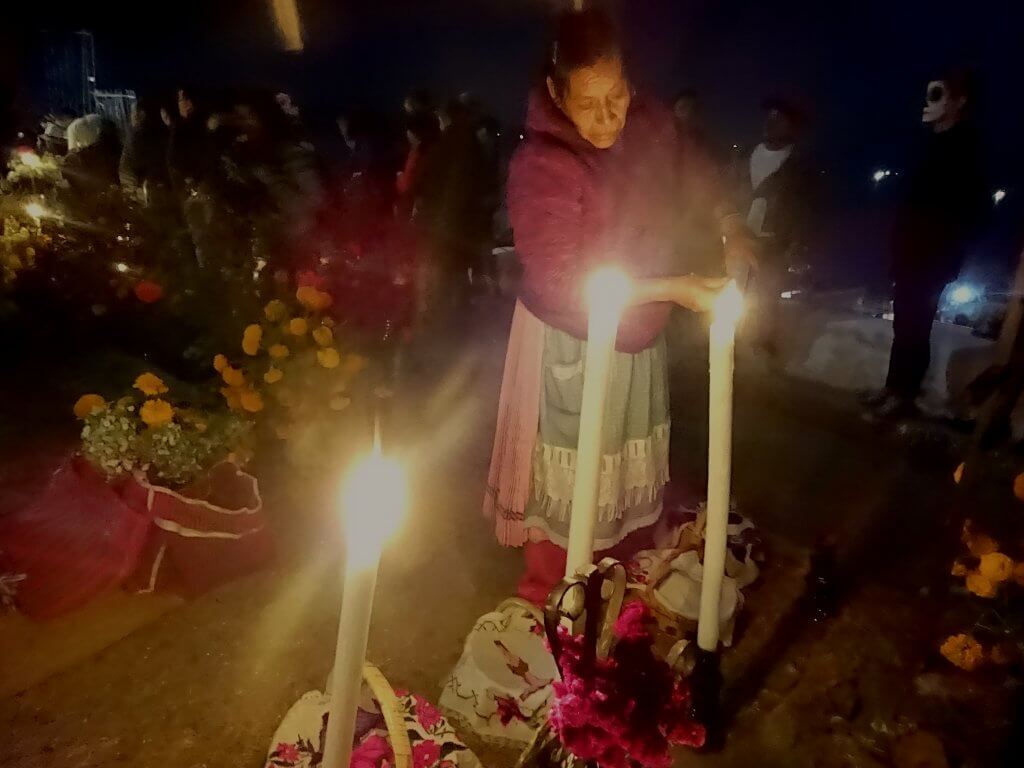 Experience Day Of The Dead By Visiting A Graveyard

Another tradition you should experience is a temezcal. This is a ritual healing ceremony that cleanses the body and soul. It’s basically a sauna, but it’s the ritual that makes this an interesting experience. I took part in one during my Copper Canyon Adventure.

In 2001 the Magical Towns Programme was launched in Mexico, this is an initiative to encourage tourism to some of the smaller towns around the country. The towns are selected due to natural beauty, folklore, traditions, cuisine and more. When this initiative started there were 32 towns selected, now there are over 100. The towns themselves are reasons to visit Mexico and explore the country.

These towns all offer something different and exploring them will lead you to discover so much of Mexico. Many are off the beaten track, but well worth the effort to explore them. Some of my favourites include: 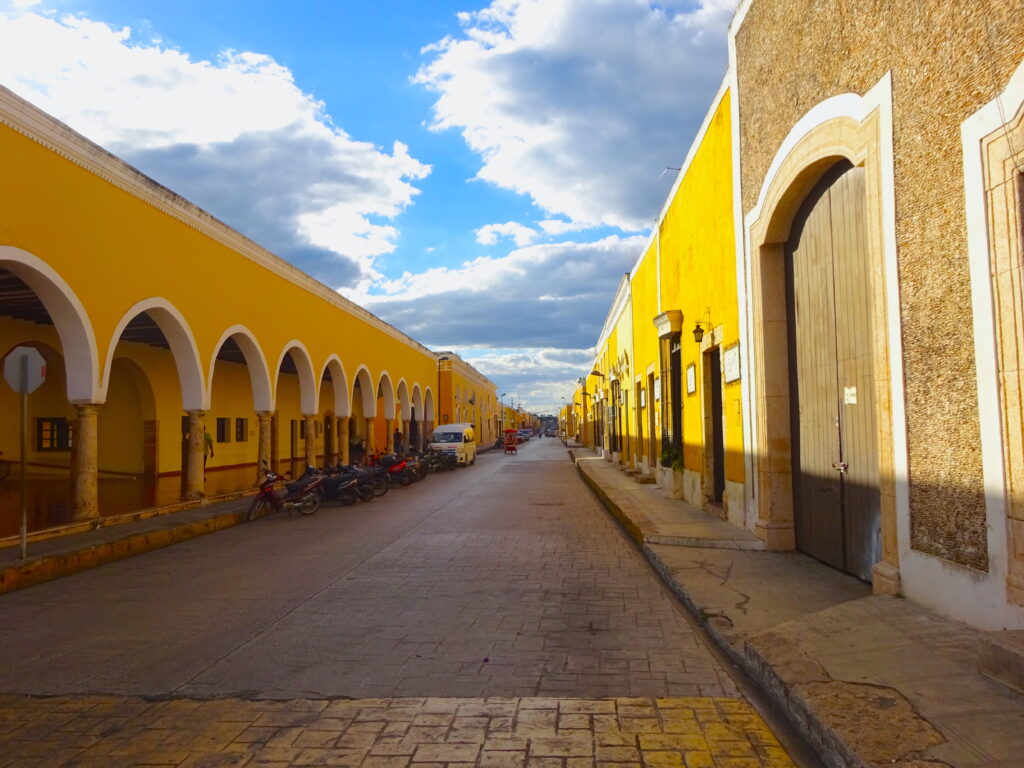 Izamal Is A Pueblos Magico Due To Its Yellow Buildings

Even though the program is meant to encourage tourism, many of these towns are still barely explored by tourist (and especially not by international tourists). Therefore you can really “see” Mexico in some of these towns.

It is possible to reach many of the Pueblos Magicos by public transport, or you could take a tour. For instance, this tour takes you to a couple of Magical Towns from Mexico City.

Personally, I knew nothing about Mexico’s political history until I started exploring. Although I barely scratched the surface, it is definitely intense.

You can’t help but notice monuments, such as the Niños Heroes. There’s also stories of Hidalgo, Benito Juárez, wars with the Americans, Independence, the French Intervention. Honestly, there’s so much to discover. Looking into the political history helps you to understand Mexico and its people. Some places I recommend for exploring this are: 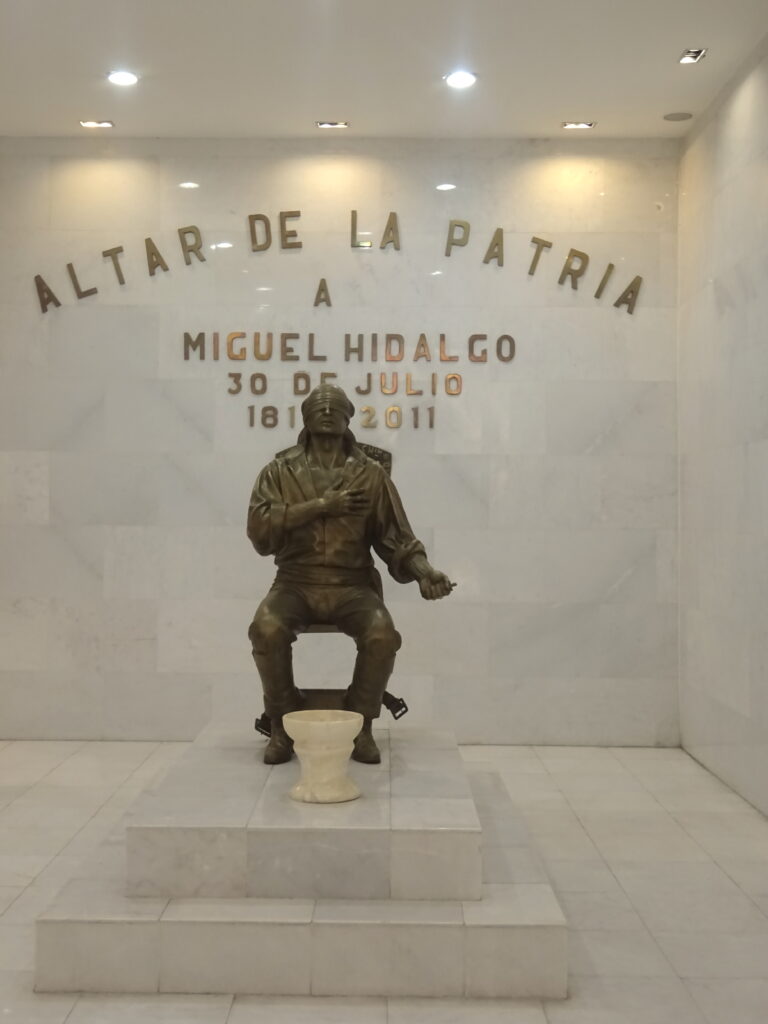 Hidalgo Is Just One Of The Historical Political Figures In Mexico

If you love natural swimming spots, Mexico is the place for you. Incredible beaches, clear lakes and cenotes.

Cenotes are on the Yucatán peninsula and were formed by the limestone bedrock collapsing. Some are fully underground, others are completely open. The water is normally clear and blue, giving an enchanted feeling to the place. 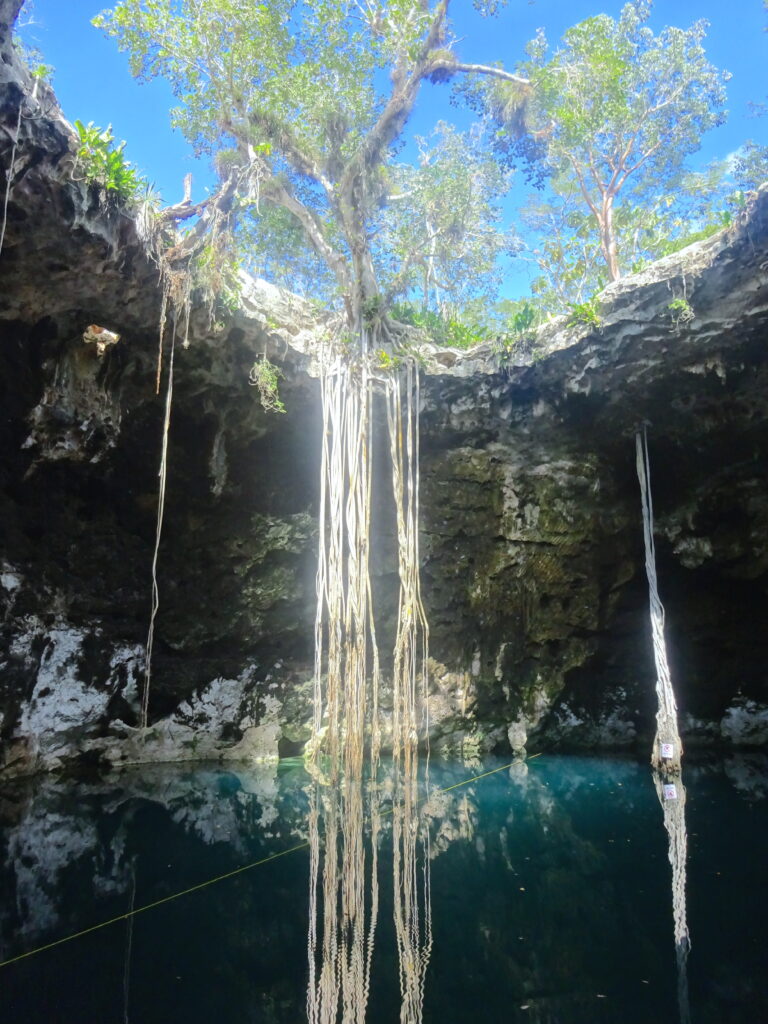 Why not explore the cenotes near Tulum on this tour

If you’re not exploring the Yucatán though, there’s still plenty of other swimming spots. There are some beautiful beaches on the west coast, around and in the state of Oaxaca. And let’s not forget some of the beautiful waterfalls and the pools you can swim in too.

Some of my favourite spots include:

Want some swimming inspiration? Check out my adventures where I went, such as Bacalar, Santiago Apoala and several swimming spots with West Adventures

Thought tequila was going to be on my list of reasons to visit Mexico? Nah, you don’t want tequila, you want mezcal.

Mezcal is what you want to try in Mexico. Although it is similar to tequila, it is also oh so different. This drink has a more smoky flavour than tequila and is rarely (if ever) mixed into cocktails. It should be drunk straight, with sliced oranges and “worm salt”.

As it can be made from different agave plants (tequila is only made from blue agave), there is a lot of difference in the taste and quality. Some of the species used for mezcal are wild and can not be cultivated the same way blue agave is, making some mezcals extremely rare. 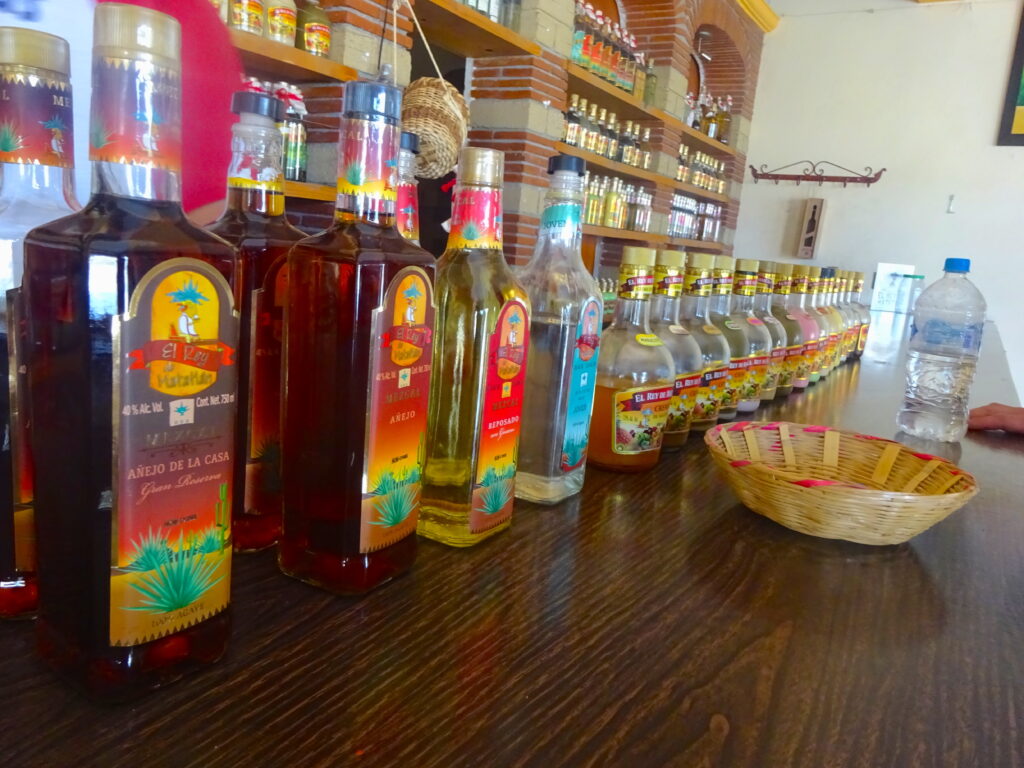 Mezcal Is So Much More Varied Than Tequila

You can find this drink all over the country, though it is mainly made in the state of Oaxaca, where many tours include going to a mezcal factory, like this one.

Last, but by no means least, on my list of reasons to visit Mexico has to be the beautiful natural places. And the variety in them. Mexico voted on its own Natural Wonders, choosing thirteen. On this list, you’ll find are canyons, deserts, basalt prisms, marine parks and more.

I made my own list, check out my top Natural Wonders of Mexico

In Mexico, the regions are so varied. Therefore, natural places are too. You can explore jungles, canyons, volcanos, beaches, coastline, coral reefs and mountains. Obviously, with beautiful natural places, there’s wildlife to see too. You can see blue-footed boobies, whale sharks, and even explore grey whale nurseries. Mexico is also one of two places in the world where you can see a bat volcano.

I went to the bat volcano, you can read about it in my Adventures for Chetumal post or if you like canyons, read my Copper Canyon Adventure

There are loads of tours that’ll take you to some beautiful places in Mexico, like this one that takes you to Sumidero Canyon. 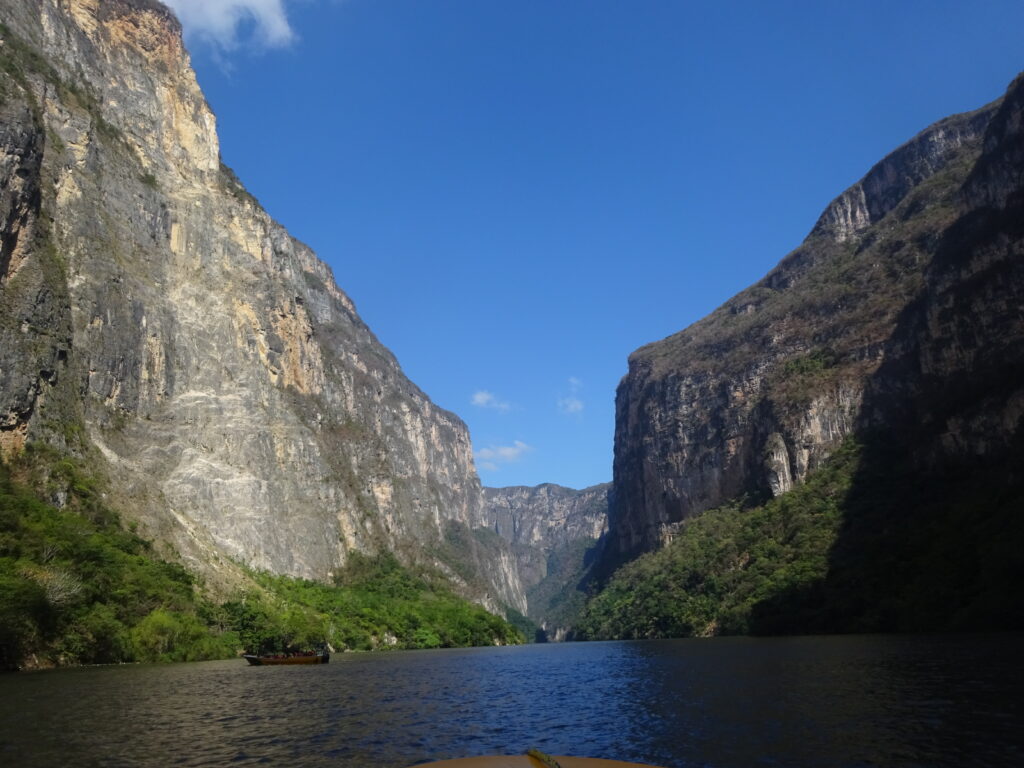 I feel that if you need any more reasons to visit Mexico, I’m never going to convince you to go. It’s such a varied country and there’s something for everyone. From ancient history to unique swimming spots.

Have you been? What was your favourite thing about Mexico? Let me know in the comments below! 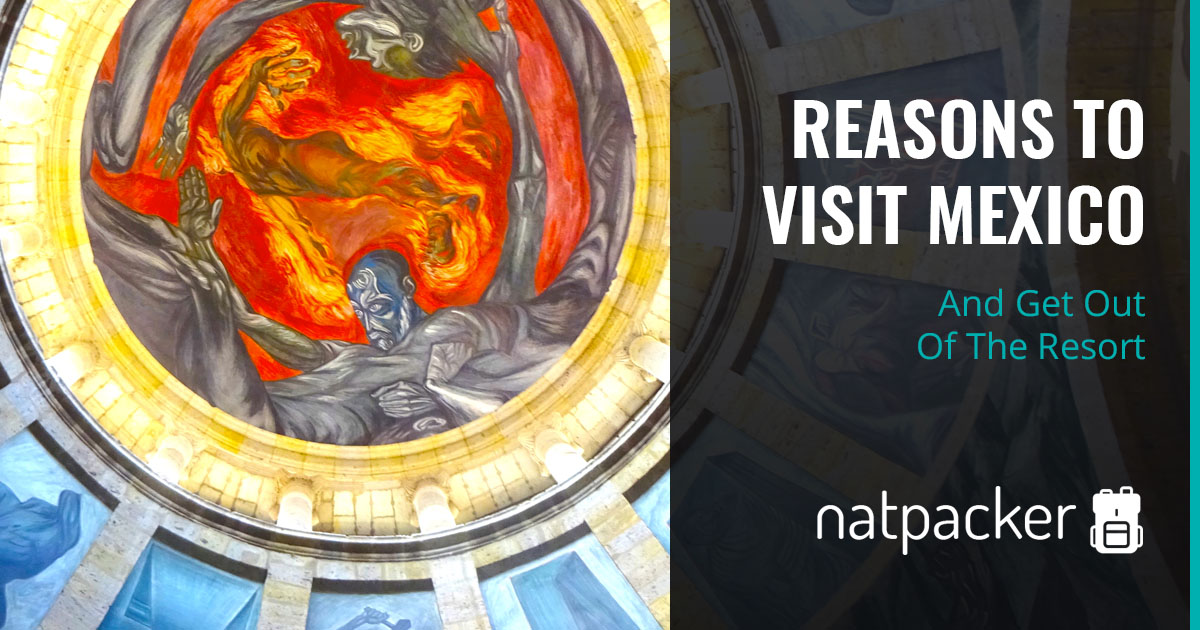